In which I purity spiral into eternity.  This article is to discuss important topics, to respond to the rising call for street action, to address the nihilism of the detractors, as input to an ongoing conversation, & not at all to cast shade on any other group’s strategy.  Also, despite its timing, it is not written to influence your vote in the upcoming General Election.

Georges Sorel’s fear was that the parliamentary socialists would ally themselves with conservatives in order to create an entirely nationalist state which protected its culture as well as its workers, but only so far as it assisted its capitalists.  Of course, this fear proved unfounded, as by the 1920’s, or certainly by the end of the Second World War, liberalism had well and truly won.  The advice of the time, however, can be easily translated.  Considering well the transition of the Overton Window, the parliamentary socialists of the day are the centre-left, & the conservatives of today are the centre-right, & these have combined in order to serve Capital at all costs.  Sorel’s turn of the century antidote to this emerging corporatism of “mediocre and silly people” could not be overcome with the ballot box: only with striking and violence could this be addressed, & still, today, only with striking and violence can a socialist continue to make himself relevant. What does this mean for the right-wing version of the same, today termed the “populist?”

Now, of course, violence from the right cannot be advocated for in any form, & striking, when utilised at all, is a tool of left-wing bloated unions as a means of consuming more of the workers’ effort, while simultaneously reinforcing the fading social myth of the ’70s that they have control over the global capitalist, & that they are doing right by the system.  As Sorel foresaw, an ENERGISING SOCIAL MYTH was created and deployed in order to control our People, but it was not that of the general strike, it was not composed by the middle-classes, it was certainly not done in a salubrious way, & rather than uniting us, it divided us: the myth of freedom.  Many purporting to be on the far right have ignored this.

This myth has pervaded everything and is doing its monolithic, incredible best to blunt all weapons that could possibly harm it.  Can we strike? Can we attack the system when money is controlled? Can we commit political violence? As the Placenta Farmer says, let’s find out.

The social myth of freedom

As often and well intimated, freedom, or ultimate liberalism, or an expanding — rather than just advancing — progress, has done nothing other than shackle us to the intumescent behemoth of branding.  Time was, a brand was something forced on someone so as to denote ownership, — a slave-brand or cattle-brand more often than not spelt someone’s demise — but now people pay money in order to carry their brands.

Freedom has been tied inextricably to globalism, so that one can no longer promote one’s own group’s freedoms if they come at the expense of any other group’s.  (At least, we cannot.)  Further, we have internalised the lie that if we have freedom of choice. Now, if ten brands are put before a man, he has been conditioned to think that at least one of them must be worth scarring into his skin.  As the Filtration Salesman says, we have to break the conditioning.

So as far as Sorel can inform modernity, it must be as realisation of the commonality that strange bedfellows can have.  It has been correctly deduced that the left and right of today are represented both by capital, & that the driving force is freedom of movement, deleterious social policy, & leniency towards corporations as long as they support freedom of movement and the deleterious social policy.  But there are those thin strains on the left, perhaps the anti- or post-Marxists there, that still support the working class and are happy to utilise the state against corporations on behalf of the People. And just the same, there are those slight margins on the right, perhaps the post-fascists, that hold all classes of people above the pursuit of the dollar. 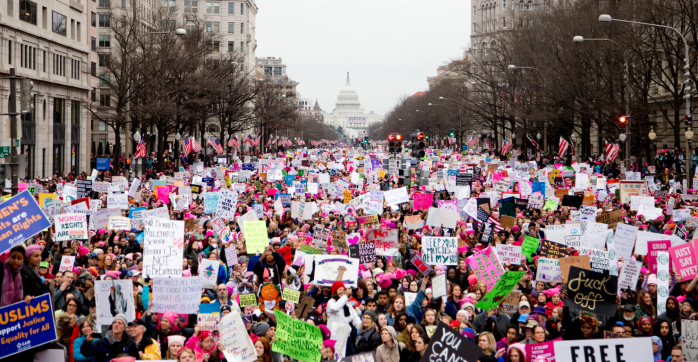 These two groups of people can find meaningful intersectionality in opposing foreign wars, breaking apart monopolies, walking back social injustice and, more than anything, reviving the spirit of our People.  To repeat, this may not be done at the ballot box. This article is, in part, a response to Socialist Action’s bumbling but honest attempt to move forwards in politics.

Here, they, with some ostensible lamentation and some throwaway clarifying possibilities, conclude that there is not a distinguishable path to victory for anti-capitalists on the left.  They promote the creation of a labour party, perhaps in ignorance of the betrayal of England’s working class by our own Labour Party, or the creation of a “unified socialist electoral organisation with a revolutionary program.”  Now, regardless of what their revolutionary programme might consist of, we can purport our own — a think-tank which exists to promote certain policies and to demonise others: yes, we are to form our own demands. And when a referendum — a true people’s vote — is put forward, inevitably it leans towards popular consciousness, but these votes are made redundant, tied up, flaccid, ridiculous, by the State — that is to say, Brexit is made entirely a seemingly endless and embarrassing farce, now only days from being overturned.  But what we cannot do, from the left or the right, when the culture is in its current form, is to win meaningful elections that forward our goals. 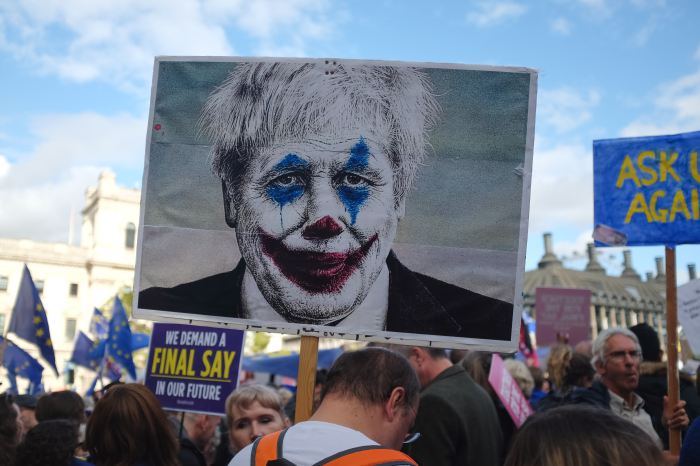 Our guys, & their uselessness

Therefore, where it might be said that a left wing movement is made up of people who wish to gain something, so is a right wing movement made up of a class of people who have something to lose.  In this, we come up against the concept of the “conservative revolution,” which prima facie seems an impossibility, but was for a time, following a period of degeneration in the 19th century, the best way forward that thinkers of that time could perceive. Evola, of course, also wished to mould a generation of revolutionary conservatives.

From our end, supporting ineffective conservative candidates is often more destructive, with a metapolitical reading, than electing ineffective liberal ones — and of course “traditionalist” candidates, including any upon which is scented by the media any support for our People, are destroyed before they can ever reach the ballot.  Supporting the Tories, without serious criticism and pressure, for example, is akin to driving over a cliff while obeying the speed limit.  Supporting UKIP, or Believe in Britain, or the Brexit Party, or whatever new libertarian nonsense, is still going to fly us over the cliff, only with burst tires and smashed windows — and in truth, with an election around the corner, perhaps this is preferable, but it is not a strategy.

From their end, in America, they are aware of the Democratic Party’s drawbacks; at long last they seem to recognise that the capitalist control and transient opaqueness of elective politics is not a symptom of the players but the very heart of the system.  When there is electoral success — and their only example is the sham Indian city councilor Kshama Sawant — they accomplish nothing.

“Our” own example, with a thousand caveats, might be Donald Trump, on promises of his wall and of reigniting native-born employment; where both Ms. Sawant and Mr. Trump were elected on certain sets of policies which would have been good for their constituents, they accomplish nothing within capitalist politics: we cannot legislate our way out of this.  Their wet dream candidates, as far as they are allowed by Global Capital, are still not worthwhile, & any possible insurgency is squashed, & then domesticated. 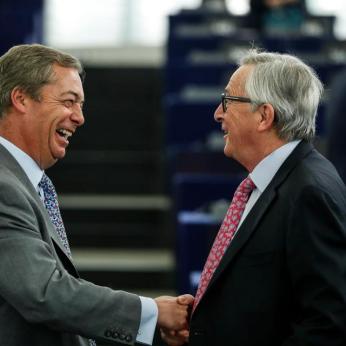 This way, any alliance between a truly populist candidate and the political machine shows their supporters that they cannot accomplish anything on their own.  In fact, it need not be so abstract: it destroys any ideological trust in the candidate at all. Once the stamp — whether of approval or endorsement — of an overarching party is placed on a candidate, they are subsumed by the Party; their place in the media is from then on only seen through the carefully compiled translator that the Party has constructed.

As with branding, the lesser of two — or ten — evils is still evil.  A warmonger is a warmonger, a pædophile a pædophile, a globalist a globalist, & an enemy is an enemy.  As once Sorel would advocate for strikes and political violence, now, responsible socialists on the left find that they must advocate for worker militancy.  As far as power goes, this is empty rhetoric, plain and simple, just as much as talk of class consciousness is in modernity.

It may not be possible to bring about change at the ballot box, & we might never take to the streets expecting, in any sense, to commit violence, but there are options open to us, & one of these is consciousness.  Now, as far as worker militancy goes, this refers to the bourgeois AntiFa, the university socialists, & the limp-wristed Génération Identitaire, but it refers also to the Twitter frogs and the publishing proto-intellectuals.  In this way, we are composing a right-wing, multi-class movement towards the improvement and protection of normal people.